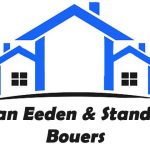 In 2003, Van Eeden and Stander Bouers started with their first speculation house in the Gauteng area. This luxury home was built in one of the most upper-market areas in Gauteng-West, known as Featherbrook Estates. As the first complete house to be built under their unique building concept, the house was erected in 18 months and was sold for R3 million. During 2005, the concept was also tested on a Hand Plank house in Rheebokrif, Mosselbaai area. After completion in 6 months, they started with another project. Also located in Mossel Bay, two Duet-homes … More Info