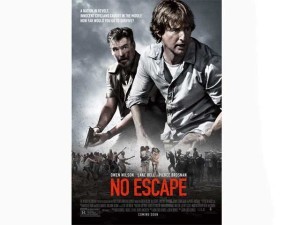 Just Movies Hartenbos will be offering the latest Owen Wilson film, No Escape, for DVD rental from the end of February 2016. This is a 2015 American action thriller film directed by John Erick Dowdle, who co-wrote the screenplay with his brother, Drew Dowdle. The film stars Owen Wilson, Lake Bell, and Pierce Brosnan, and tells the story of an expat engineer trapped with his family in an unidentified, fictitious South-East Asian dictatorship, during a violent uprising.